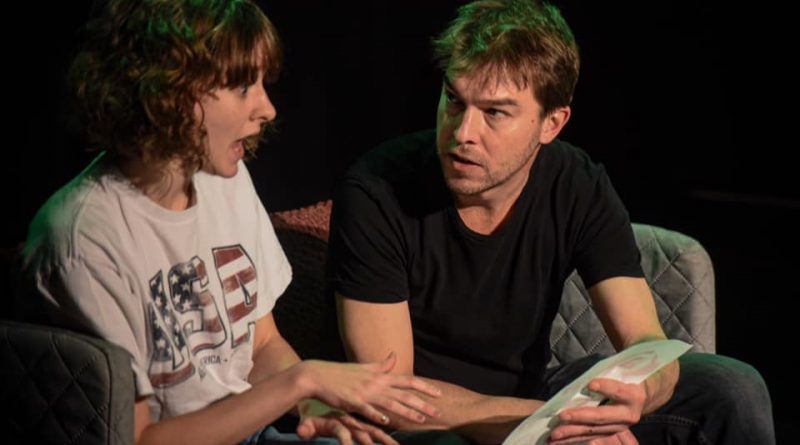 A huge CONGRATULATIONS to 7 of our students who starred in the premiere of ‘SARAH’, a brand new play written and directed by our Co-Founder and Acting Coach Stevie Helps (also a huge congratulations to Stevie, too!).

The show performed at The Lowry Studio last week and was a complete sell out! The production has received fantastic reviews from critics and special mentions were given to 3 of our students:

“There are strong performances, made all the more commendable given that some of the actors are students, and notable mention must go to Darah Jayne Lynch, Imogen Butler (older and younger Sarah) and Rob Butler (Andy).”

A further special ‘well done!’ also has to go to Mark Murphy, Ciara Lenehan, Becky Kershaw and Tom Altree for their fantastic performances!

“I would strongly recommend “Sarah” as it’s a play that conveys how things can so easily spiral out of control and addresses serious issues that other plays fail to talk about. Overall, it’s a production I would gladly see again!”

‘SARAH’ was produced through our sister companies New Live Theatre and No Egos Theatre Productions. SARAH previewed at The Lowry Studio on Wednesday 15 January 2020. READ MORE

This site uses Akismet to reduce spam. Learn how your comment data is processed.

What our Actors are up to...

Students Triumph in SARAH at Lowry!

A huge CONGRATULATIONS to 7 of our students who starred in the premiere of ‘SARAH’, a brand new play written

Our Actors in The Betting Shop

Another Fabulous Show at Media City

Our Actors in Borderline Electra this November

Register now for our next Actors Intake REGISTER NOW! Dismiss

We use cookies to ensure that we give you the best experience on our website. If you continue to use this site we will assume that you are happy with it.OkPrivacy policy