Stevie started his acting career at the renowned Miskin Theatre in Kent. An Award-Winning Writer/Director, Stevie joined New Live Theatre Company in 2014 as Co-Artistic Director – having since cast hundreds of actors in his productions – and has worked in many capacities within the industry, including Director, Writer and Actor.

Stevie likes to offer opportunities to his students, helping to build their acting CV, and has been known to cast a number of MHD Actors in his productions. In addition to the school’s Showcases, Stevie has cast and directed students in ‘Damaged Goods‘ 2014 & 2016, ‘The Beast Within‘ 2015, ‘Spook Manor‘ 2017 and ‘Red Circles‘ 2019.

Stevie’s plays are embedded with mental health themes, which has been the subject of his talks at Universities and interviews for local radio, T.V. and news articles. Stevie Co-Founded Manchester Hub Drama (then Little Hub Drama) in 2014 alongside Paul Kenney.

Stevie, along with Paul, heads up the Head Office and coaches regular sessions and 121 sessions at MHD.

Join our next intake now by applying online. Click Here for more information on our Adults Acting Classes in Manchester.

Stevie is a passionate Mental Health Advocate, which is the focus of much of his work as a playwright.

This site uses Akismet to reduce spam. Learn how your comment data is processed. 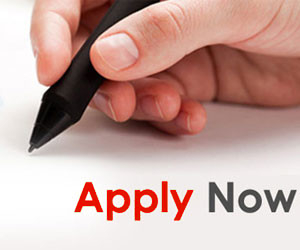 What our Actors are up to...

Students Triumph in SARAH at Lowry!

A huge CONGRATULATIONS to 7 of our students who starred in the premiere of ‘SARAH’, a brand new play written

Our Actors in The Betting Shop

Another Fabulous Show at Media City

Our Actors in Borderline Electra this November

Register now for our next Actors Intake REGISTER NOW! Dismiss

We use cookies to ensure that we give you the best experience on our website. If you continue to use this site we will assume that you are happy with it.OkPrivacy policy